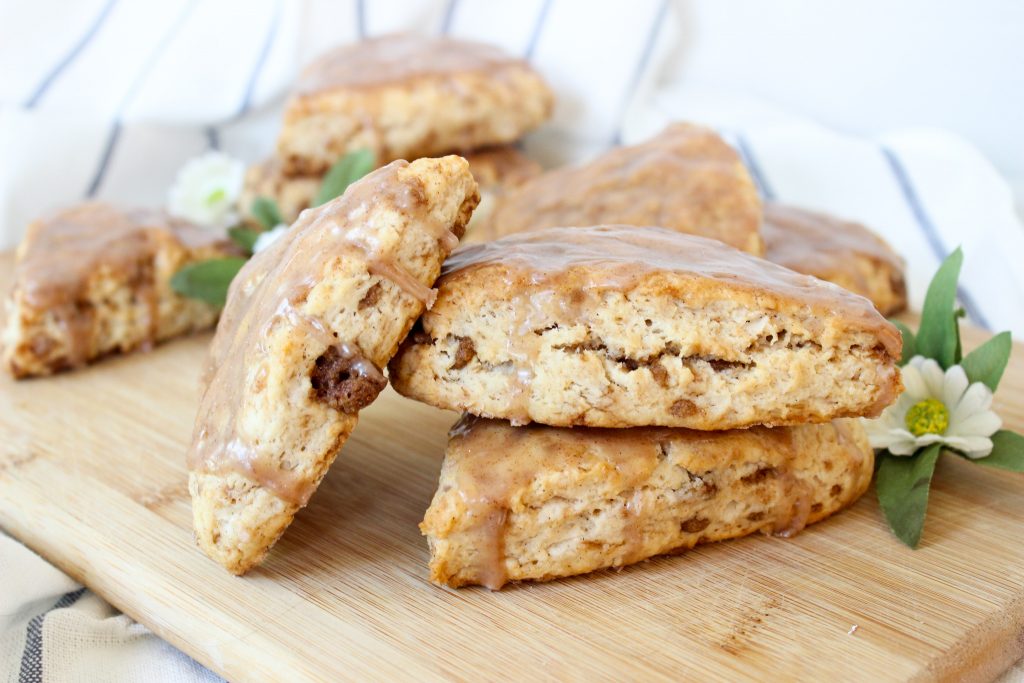 I’m all about everything cinnamon lately! Cinnamon rolls, coffee cake, apple cinnamon… you name it, I’m eating it! I’m also all about scones so it comes as no surprise that I’d mix the two together.

I came up with this idea after making a coffee cake recipe and I was LOVING the crumbly cinnamon later that dominated the top of the cake. I thought to myself, what if I took the crumbly mixture and added it to scones? The result — UNBELIEVABLE! I’m not even embarrassed to admit that I add FIVE scones that day.

They are sweet but not too sweet with loads of cinnamon clusters throughout. Then they are topped with a sweet cinnamon glaze. Truly spectacular. I can’t wait to make these for the office, my friends, and/or neighbors…. but I’d have to not eat them all first. 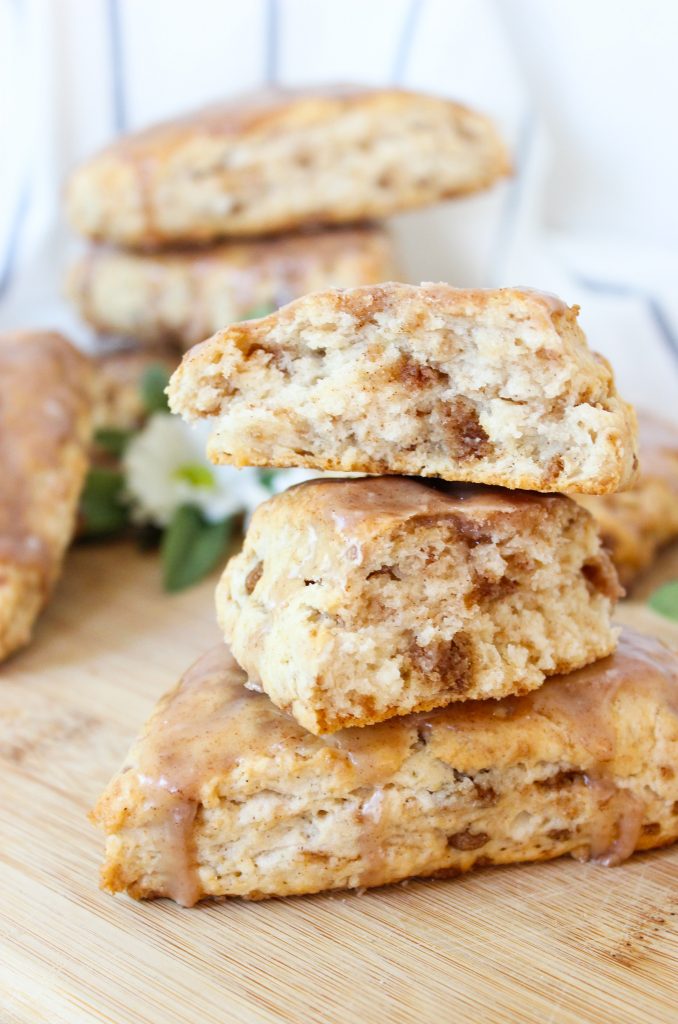 For the Cinnamon Clusters 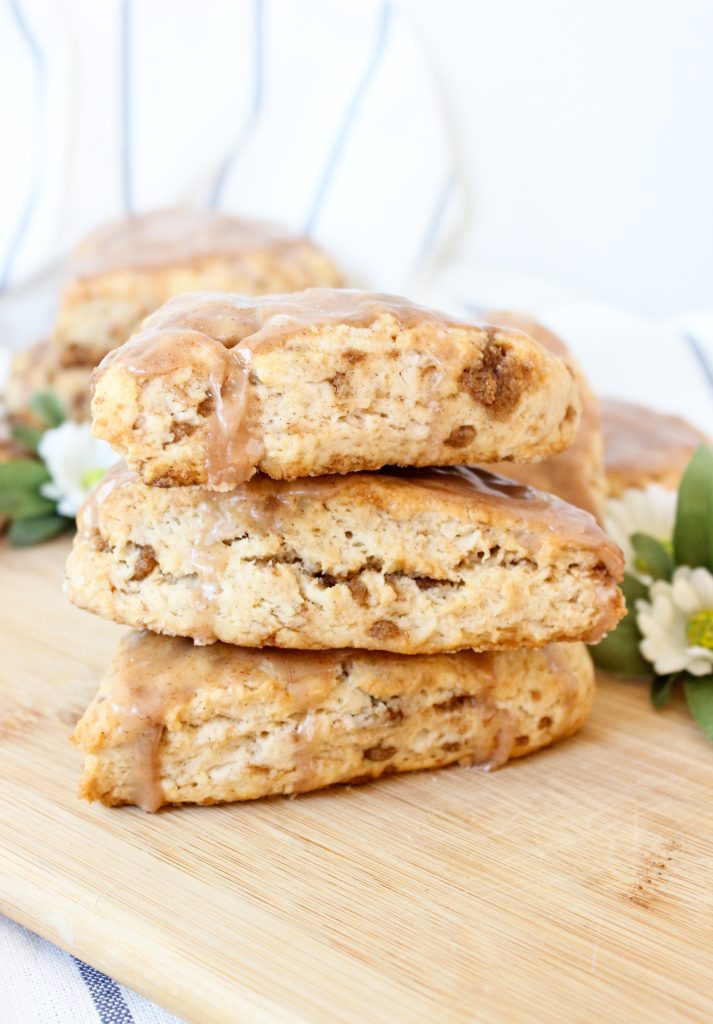